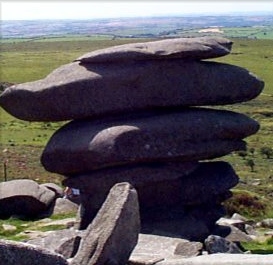 This is a natural rock formation formed by glaciation and erosion over many thousands of years. It gets its name from its shape. It is perched high on Stowes Hill overlooking Minions and can be seen from far away.

A large burial mound known as a 'tumulus'. It dates from about 1500BC. In1837 it was opened and a Gold corrugated cup was found. This is now in the British Museum. A copy can be seen in the Royal Cornwall Museum in Truro. 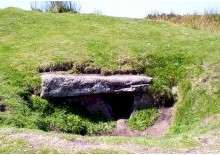 Visitors to the moors around Minions have many historical and archaeological sites to see on their walks around the area.

Enjoying the Moors around Minions 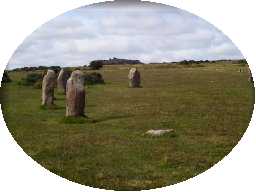 The Hurlers
These are Bronze Age stone circles, there are three circles which can still be clearly seen dating from around 1500BC. A line drawn through their centres will point at Rillaton Barrow.